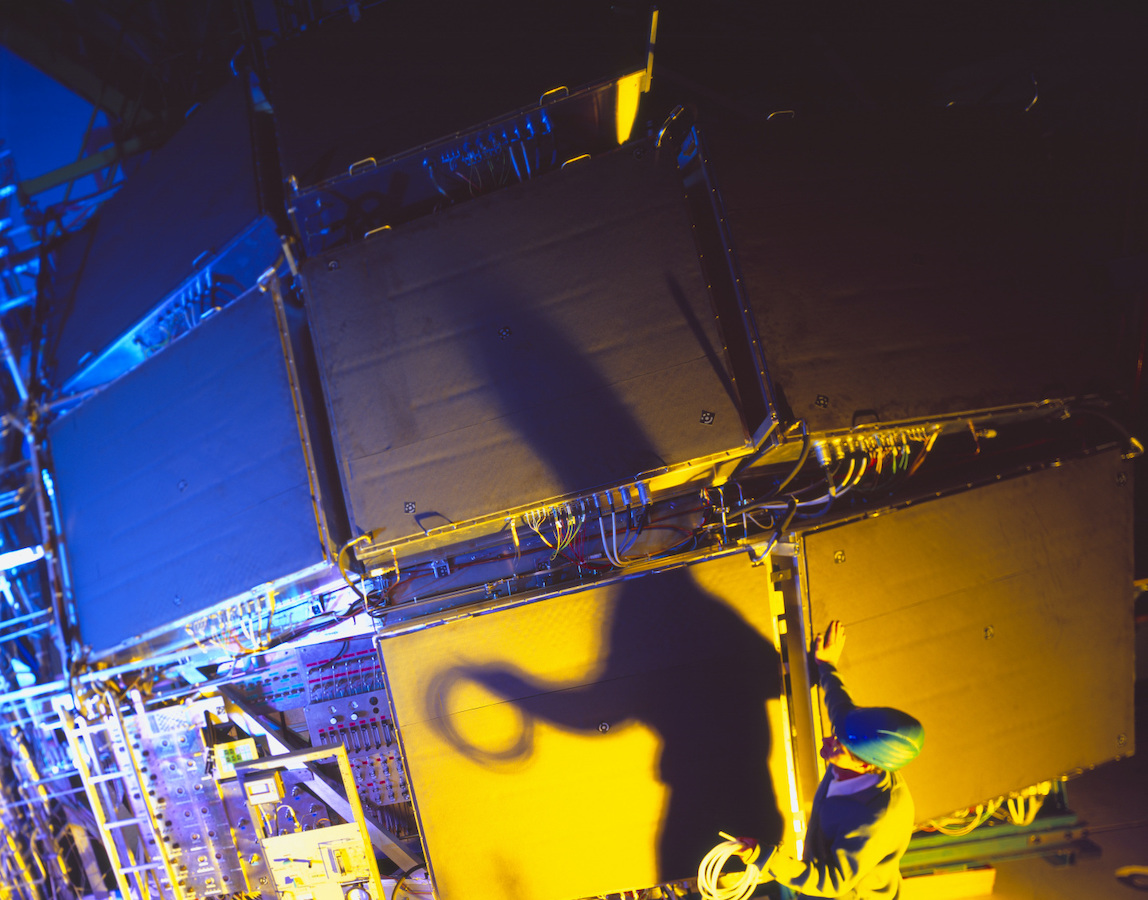 The ALICE High Momentum Particle Identification Detector (HMPID) identifies charged particles (pions, kaons and protons) having large momentum. In proton-proton or heavy-ion collisions, a large amount of various types of particles is produced, from hundreds up to thousands. Particle identification provides information on the status of nuclear matter during the very energetic collisions which reproduce the conditions of the early stage of the Universe, a few millionths of a second just after the Big Bang, when the matter is supposed to exist in the form of Quark-Gluon Plasma.

The HMPID is a Ring imaging Cherenkov detector consisting of two main parts: a radiator medium, where the Cherenkov light is produced and a photon detector providing patterns for particle identification. The system exploits three inventions awarded with a Nobel Prize: the Cherenkov effect (P. Cherenkov in 1958), the photoelectric effect (A Einstein in 1921) and the MWPC - Multi-Wire Proportional Chamber (G.Charpak in 1992).

The High Momentum Particle IDentification (HMPID) system enhances the particle identification capabilities of ALICE beyond the momentum range allowed by the energy loss measurements (ITS and TPC) and by the TOF. The HMPID detector has been designed to extend the useful range for the identification of p/K and K/p, on a track-by-track basis, up to 3 GeV/c and 5 GeV/c respectively.