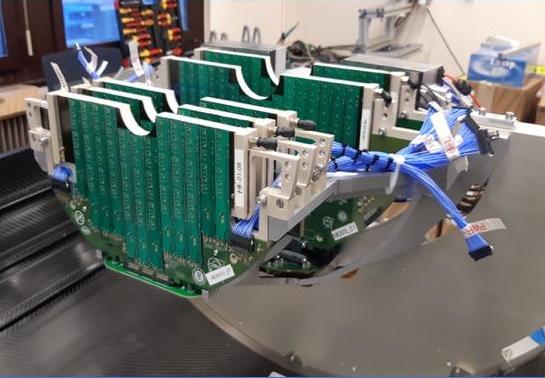 The Muon Forward Tracker is a new tracking detector, aimed to enhance the vertexing capability of the ALICE muon spectrometer. It allows ALICE to extend the precision measurements of the QGP fundamental properties towards the forward rapidity region. The MFT substantially improves the present performance of the muon spectrometer and open the path to new measurements not accessible with the present apparatus (open charm/beauty separation, ψ in central Pb–Pb collisions, and J/ψ from b-hadron decays measurements).

The MFT consists of two half-cones containing five detection half-disks placed along the beamsaxis between −460 mm and −768 mm away from the interaction point. It covers the pseudo-rapidity domain −3.6 < η < −2.5. The basic detection element is a silicon pixel sensor, developed for both ITS and MFT. The 920 silicon pixel sensors of the MFT have been assembled, using the same technology as for the new ITS, on 280 ladders of 1, 2, 3, 4 or 5 sensors each. The read-out electronics, common to both ITS and MFT, has been jointly developed by the two projects. 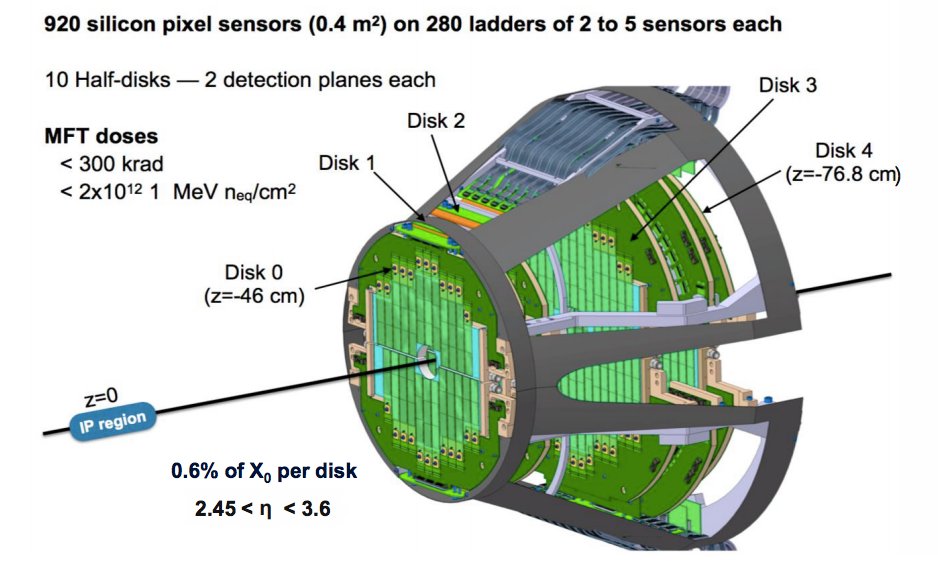 MFT was installed in the cavern at the end of 2020.