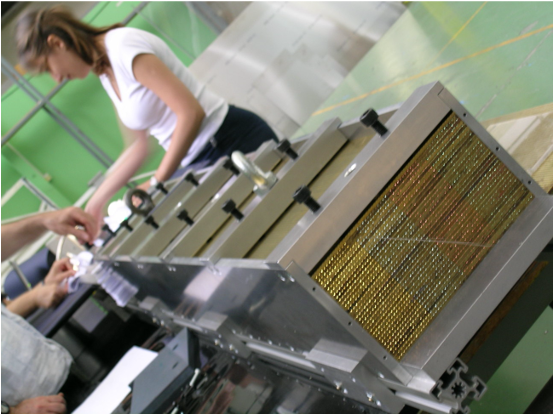 The forward energy carried by the noninteracting nucleons ("spectators") is the measurable quantity most directly related to the centrality of the collision; in fact, it allows a direct estimation of the number of participants. Spectators' energy is measured by means of hadronic calorimeters placed at zero degrees with respect to the beam direction, the Zero Degree Calorimeters (ZDC).

In heavy ion interactions, ZDC is also used as a luminosity detector. 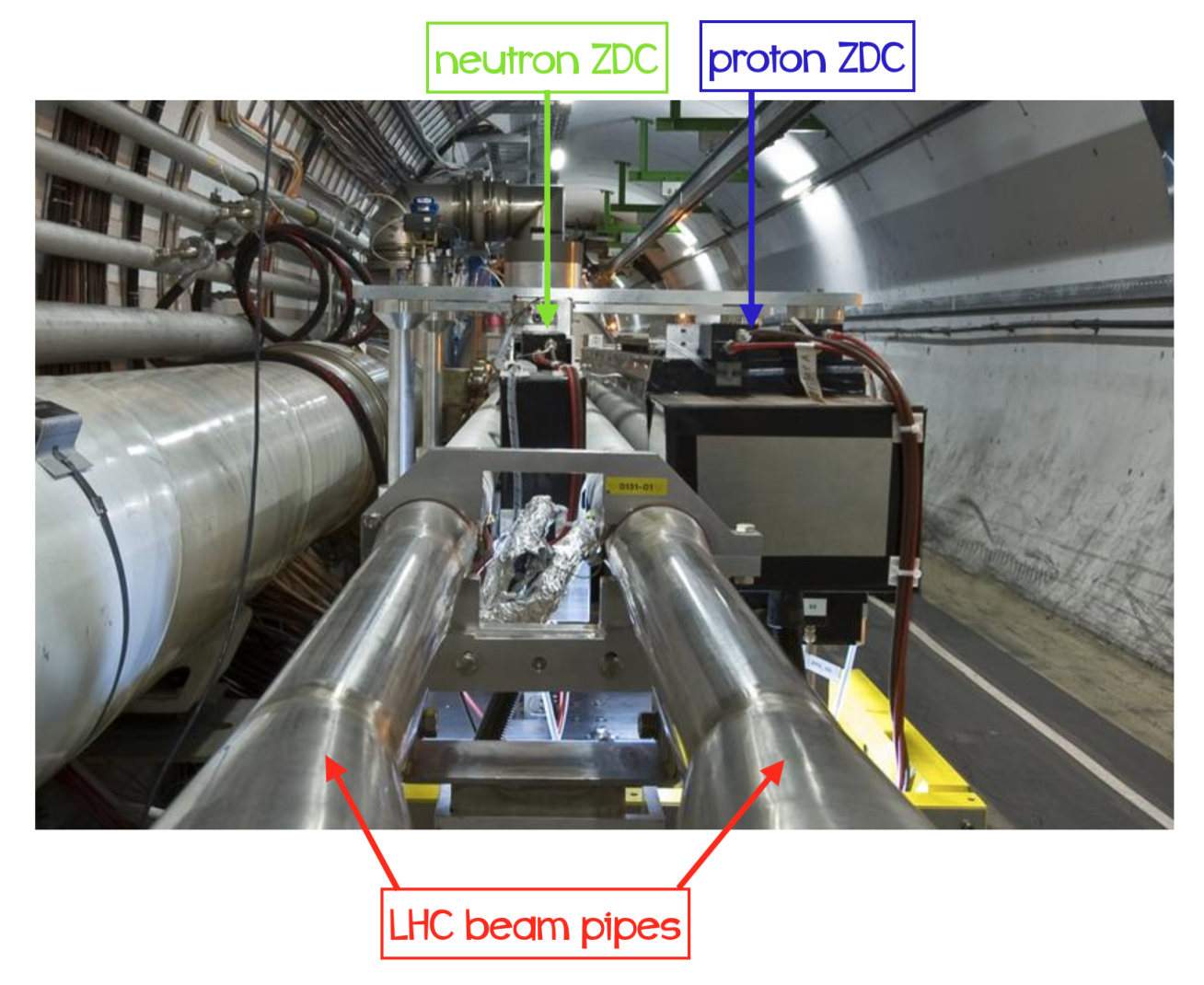 The ZDC consists in two identical sets of calorimeters located on both sides relative to the interaction point IP2, 112.5 meters away from it. In that region, the two LHC beams circulate in two different pipes. Each set of detectors consists of a neutron (ZN) and a proton (ZP) calorimeter. The ZN is placed at zero degree with respect to the LHC axis, between the two beam pipes, while the ZP is positioned externally to the outgoing beam pipe. The spectator protons are separated from the ion beams by means of the dipole magnet D1, while spectator neutrons fly at zero degree without further changing direction. The ZDC detector is completed by 2 forward EM calorimeters (ZEM) placed at about 7.35 m from I.P.2, on A-side, covering the pseudorapidity range 4.8 < η< 5.7.

The ZDCs are quartz-ﬁber spaghetti calorimeters with silica optical ﬁbers as active material embedded in a dense absorber. Their principle of operation is based on the detection of Cherenkov light produced by the charged particles of the shower in the ﬁbers. The response is very fast thanks to the intrinsic speed of the emission process, making such detectors suitable for triggering purposes.