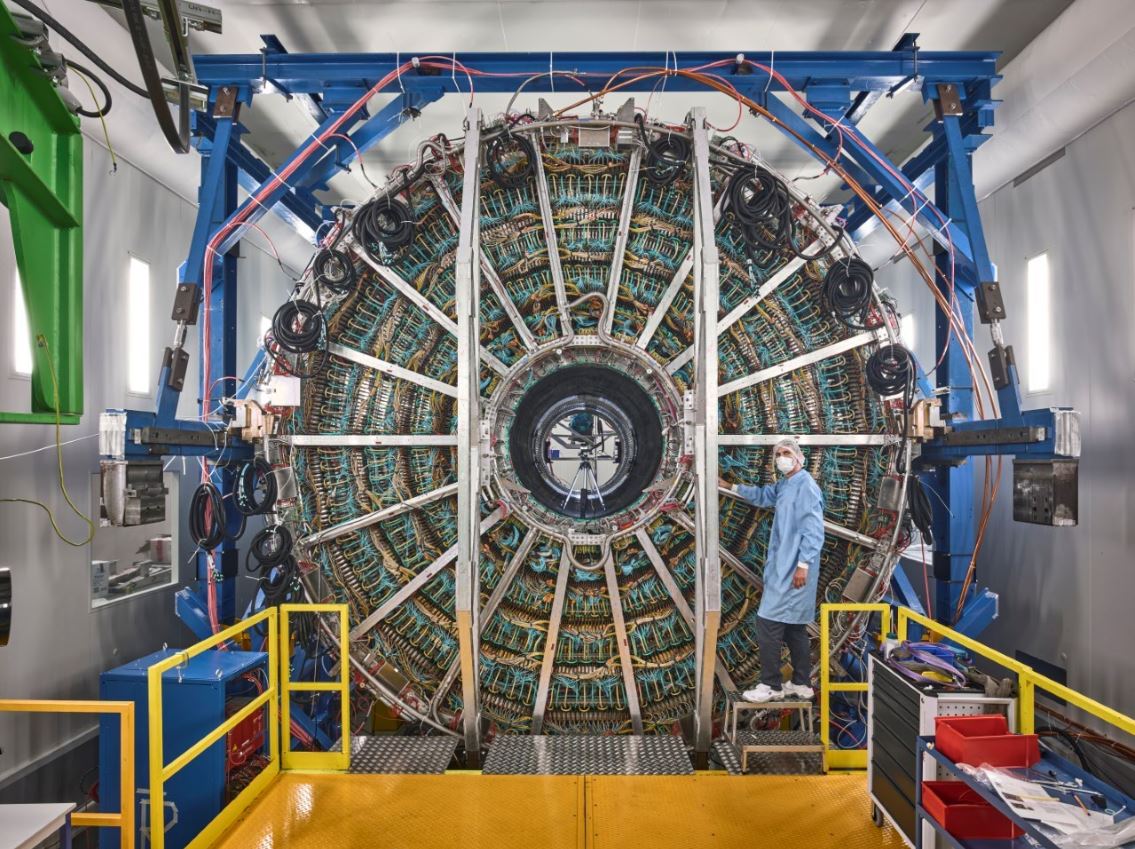 The ALICE Time Projection Chamber (TPC) is the main device for tracking of charged particles and particle identification in the ALICE `central barrel'. It is designed to cope with the highest conceivable charged particle multiplicities produced in central Pb–Pb collisions at LHC energies. Its acceptance covers 2π in azimuthal angle and a pseudo-rapidity interval |eta| < 0.9. It is a big, gas-filled cylinder with a hole in the centre – to accommodate the silicon tracker as well as the beam pipe – where the charge produced by ionising radiation is projected onto detectors arranged in the two endplates. These detectors used to be multi-wire proportional chambers, 72 in total, which have now been replaced by detectors based on Gas Electron Multipliers (GEM), a micro-pattern structure developed at CERN. These new devices, together with new readout electronics that feature a continuous readout mode, will allow ALICE to record the information of all tracks produced in lead–lead collisions at rates of 50 kHz, producing data at a staggering rate of 3.5 TB/s. The average load on the chambers under these conditions is expected to be as high as 10 nA/cm², and the GEM detectors are able to cope with this. The ALICE Time-Projection Chamber (TPC) is the main device, in the ALICE ‘central barrel’, for tracking of charged particles and particle identification.

Several years of intensive R&D were necessary to achieve the desired goals since the large number of positive ions produced at the detectors would lead to excessive track distortions. This, combined with the necessity of keeping excellent energy-loss (dE/dx) resolution for particle identification, and the imperative robustness against discharges, posed an exciting challenge that led to a novel configuration of GEM-based detectors.

Charged particles traversing the TPC volume ionise the gas along their path, liberating electrons that drift towards the end plates of the cylinder. The necessary signal amplification is provided by Gas Electron Multipliers (GEMs) in an optimized multilayer configuration, which stands up to the technological challenges imposed by continuous TPC operation at a high rate. The requirement to keep the ion-induced space-charge distortions at a tolerable level leads to an upper limit of 2% for the fractional ion backflow, i.e. the ion escape probability per effective electron-ion pair produced in the gas amplification stage, at the operational gas gain of 2000 in a Ne-CO2-N2 (90-10-5) gas mixture. At the same time, the readout system provides a local energy resolution better than 14% at the 55Fe-peak, which translates into the required dE/dx resolution of the TPC.

The readout of the signal is performed by 524160 anode pads located at the TPC end plates. Each pad is connected to a front-end electronics channel. 160 front-end channels are combined in Front-End Cards (FEC). On each FEC, the signals are shaped and continuously digitized in five custom-made ASICs (SAMPA). In total, 6552 optical TX (transmit) links are needed to send the digitized data off- detector. This leads to an unprecedented data throughput of 3.28 TB/s. 360 FPGA-based readout cards (Common Readout Unit, CRU) receive the data and perform online processing.