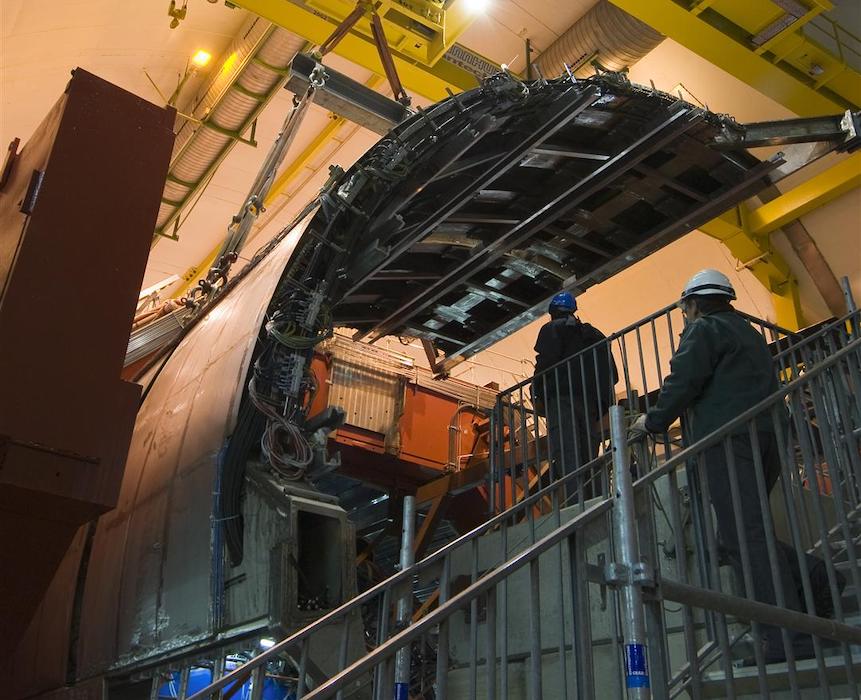 The Electro Magnetic Calorimeter (EMCal) enhances the capabilities of ALICE to measure highly energetic photons, electrons, neutral pions, and jets of particles, and the correlations between them. It is a lead-scintillator sampling calorimeter with large acceptance (110 degrees azimuthal, from -0.7 to 0.7 on pseudorapidity) comprising almost 13,000 individual towers that are grouped into ten super-modules. The towers are read out by wavelength-shifting optical fibers in a shashlik geometry coupled to avalanche photodiodes. The optical readout of each tower is provided using wavelength shifting fibers coupled to an Avalanche Photo Diode (APD). The complete EMCal contains 100,000 individual scintillator tiles and 185 kilometers of optical fiber. EMCal weighs in total about 100 tons. 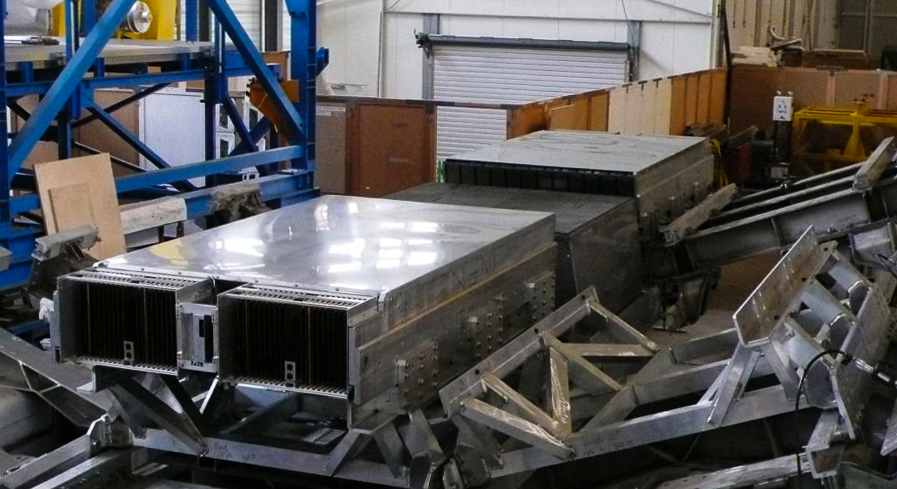 The Di-jet calorimeter (DCal) is a large lead-scintillator detector with photo-diode readout placed in the opposite azimuth to the existing electromagnetic calorimeter (EMCal). This is the optimal configuration for the measurements of back-to-back jets, which originate in the interactions of ultra-high-energy quarks and gluons. The addition of the DCal in ALICE makes hadron-jet and jet-jet correlation measurements possible with high statistics over a very broad kinematic range, expanding ALICE's physics capabilities significantly.

Both EMCal and DCal are also equipped with triggering systems. The signals of 44 groups of adjacent towers are summed up and a peak finding algorithm is used to find a signal peak, providing L0- and L1- level triggers to the ALICE Central Trigger Processor allowing to select online high energy objects like photons and electrons.  The signals from 1616 and 3232 adjacent towers also processed and a L1-level trigger is provided for detecting wide objects as jets. In order to reduce the bias due to multiplicity fluctuations in heavy-ion collisions, there is a direct communication between EMCal and DCal L1 triggering units for considering the underlying event background in the online L1 trigger decision.