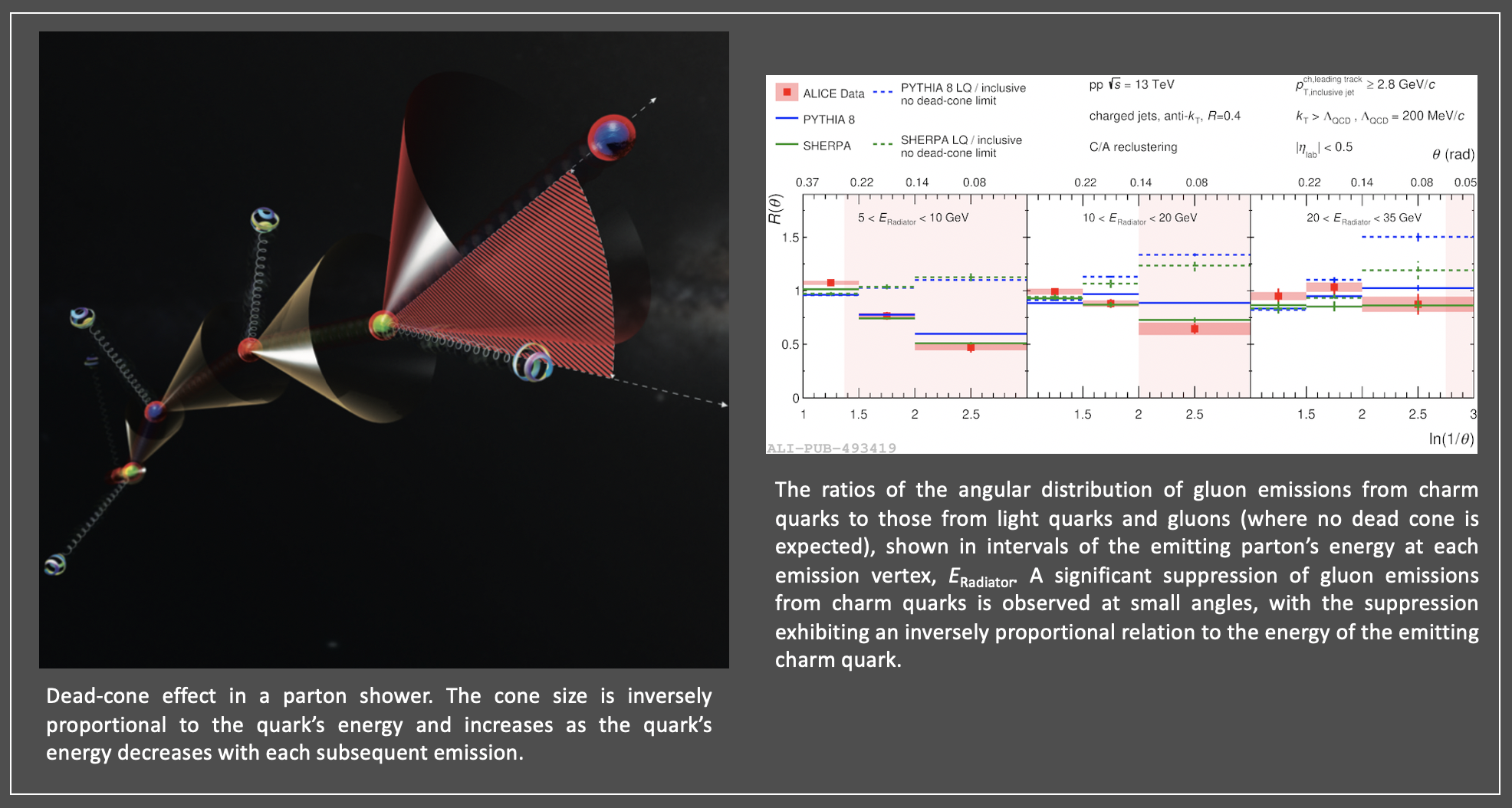 The ALICE collaboration at the Large Hadron Collider (LHC) has made the first direct observation of the dead-cone effect – a fundamental feature of the theory of the strong force that binds quarks and gluons together into protons, neutrons, and, ultimately, all atomic nuclei. In addition to confirming this effect, the observation, reported in a paper published in <a href="https://www.nature.com/articles/s41586-022-04572-w"> Nature,</a>  provides direct experimental access to the mass of a single charm quark before it is confined inside hadrons. <a href="https://alice-collaboration.web.cern.ch/ALiCE_deadcone"> Read more...</a>

The QCD dead cone, an angular region of suppressed gluon bremsstrahlung surrounding an emitting heavy quark, is directly revealed for the first time in pp collisions using D0-meson tagged jets. The dead-cone effect is responsible for mass-related differences in the shower of light and heavy quarks in both vacuum and the quark-gluon plasma environments. The above figure shows that a charm quark (c) in a parton shower loses energy by emitting radiation in the form of gluons (g). The shower displays a “dead cone” of suppressed radiation around the quark for angles ($\theta$) smaller than the ratio of the quark’s mass ($m$) and energy ($E$), which decreases at each stage of the shower. The changing colour of the quark illustrates its changing “colour charge”. 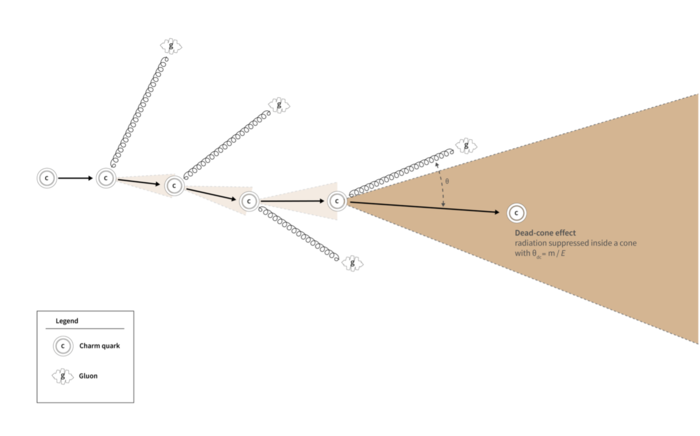 As the parton shower proceeds, gluons are emitted at smaller angles, and the energy of the quark decreases, resulting in larger dead cones of suppressed gluon emission.

Jets initiated by a scattered charm quark are tagged via the presence of a fully reconstructed D$^{0}$ meson amongst their constituents. Jet declustering tools allow for the sequential reconstruction of the charm quark shower, giving access to the dynamically evolving emission kinematics. In this way, the angular distribution of gluon emissions can be compared for charm-initiated and inclusive jets, revealing a suppression of small-angle emissions in the charm sector. This suppression increases with decreasing charm quark energy, which is probed down to 5 GeV with the ALICE detector. The measured mass and energy dependence of the dead-cone effect follow parametric expectations from theory and are well described by MC generators. 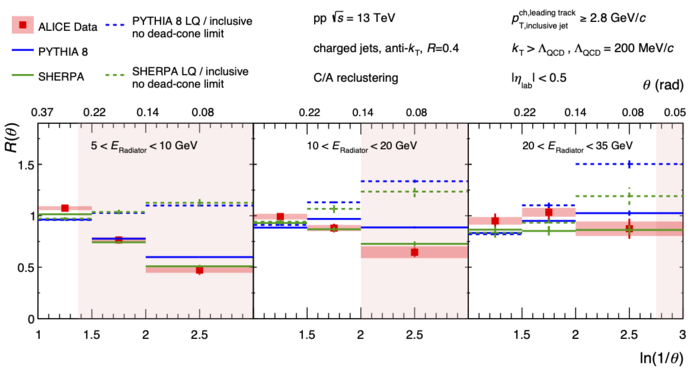