A basic process in QCD is the energy loss of a fast parton in a medium composed of colour charges. This phenomenon, "jet quenching", is especially useful in the study of the QGP, using the naturally occurring products (jets) of the hard scattering of quarks and gluons from the incoming nuclei. ALICE has recently published the measurement of charged particles in central heavy-ion collisions at the LHC.

An energetic parton produced in an elementary interaction will fragment and hadronize into a spray or jet of final state particles. In e+e-or in proton-proton collisions, the jet production and the jet inner structure are under theoretical control and well described by perturbative QCD.

Fig.1 left shows a sketch for a dijet system in vacuum. The right plot sketches the production and evolution of a jet in the presence of the medium produced in heavy-ion collisions. The cartoon also indicates that bosons like photons or Z bosons are “colour blind” and thus do not interact with the coloured medium. 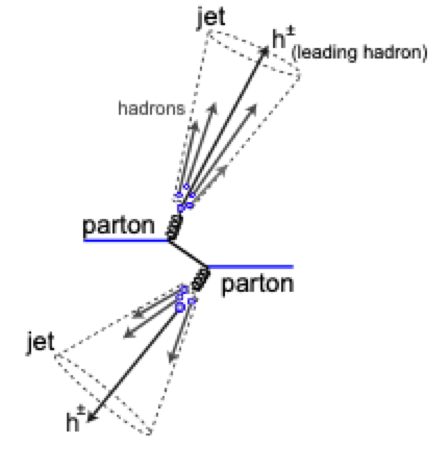 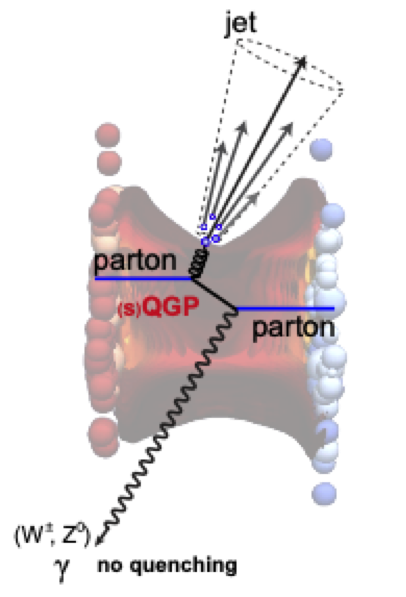 Fig.2 shows the degrees of freedom of the QGP that can be “seen” by the jets depending on the probing scale. Finding clear experimental signatures of the interaction of jets and their constituents with bare colour charges in the QGP  is one of the fundamental points of our searches. 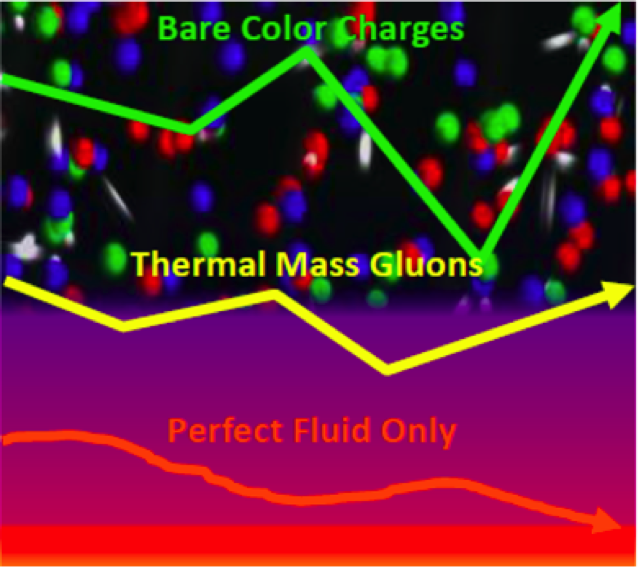 Figure 3 shows two important ALICE results. The left panel measures the suppression of the jet yields in Pb-Pb collisions relative to proton-proton collisions (Phys. Rev. C 101, 034911).  We measure up to a factor 5 less jets at 50 GeV in heavy-ion collisions compared to vacuum, indicating that the medium is very opaque. The right-hand panel shows the modification of the inner structure of the jets quantified via a function, pTD, which is related to the hardness of the fragmentation (JHEP 10 (2018) 139). Our results indicate that the jets in Pb-Pb collisions fragment harder than the vacuum jets. 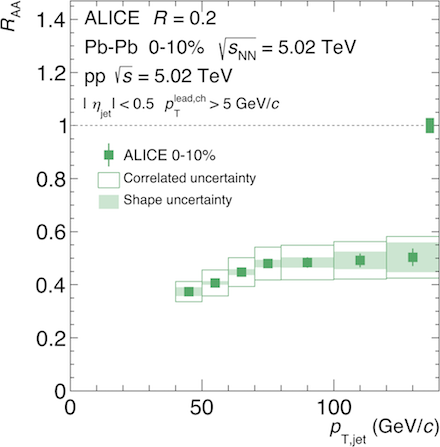 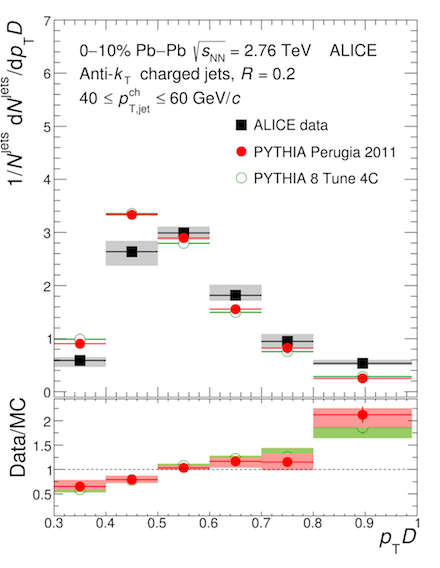