Hard, penetrating probes, such as heavy quarkonium states, provide an essential tool to study the early and hot stage of heavy-ion collisions. In particular they are expected to be sensitive to Quark-Gluon Plasma formation. In the presence of a deconfined medium (i.e. QGP) with high enough energy density, quarkonium states are dissociated because of colour screening. This leads to a suppression of their production rates.

At the high LHC collision energy, both the charmonium states (J/Ψ and Ψ′) as well as the bottomonium states (ϒ, ϒ′ and ϒ′′) are studied. The muon spectrometer is optimized for the detection of these heavy quark resonances.

The ALICE forward muon spectrometer studies the complete spectrum of heavy quarkonia (J/Ψ, Ψ′, ϒ, ϒ′, ϒ′′) via their decay in the μ+μ– channel. The spectrometer acceptance covers the pseudorapidity interval 2.5 ≤ η ≤ 4 and the resonances can be detected down to zero transverse momentum. The invariant mass resolution is of the order of 70 MeV in the J/Ψ region and about 100 MeV close to the ϒ. These values allow to resolve and measure individually all five resonance states.

The main components of the spectrometer are shown on the following sketch.

Basic principle of the Dimuon spectrometer: an absorber to filter the background, a set of tracking chambers before, inside and after the magnet and a set of trigger chambers.

The front absorber suppresses all particles except muons coming from the interaction vertex. It is made of carbon and concrete in order to limit the multiple scattering and the energy loss of the muons. The inner beam shield protects the chambers from background originating from particles at small angles. It is made of tungsten, lead and stainless steel to minimize the background arising from primary particles emitted in the collision and from their showers produced in the beam pipe and in the shield itself.

The tracking system is made of 10 cathode pad/strip chambers arranged in 5 stations of 2 chambers each. The spatial resolution should be better than 100 mm and all the chambers are made of composite material (< 3% X0 per chamber) to minimize the scattering of the muons in order to obtain the required resolution. To limit the occupation rate to a maximum of 5% the full set of chambers has more than 1 million channels.

The trigger system is designed to select heavy quark resonance decays. The selection is made on the pt of the two individual muons. The 4 planes of RPCs (Resistive Plate Chambers) arranged in 2 stations and positioned behind a passive muon filter provide the transverse momentum of each μ. The spatial resolution should be better than 1 cm. Special front-end electronics have been designed to obtain the time resolution of 2 ns necessary for the identification of the bunch crossing. 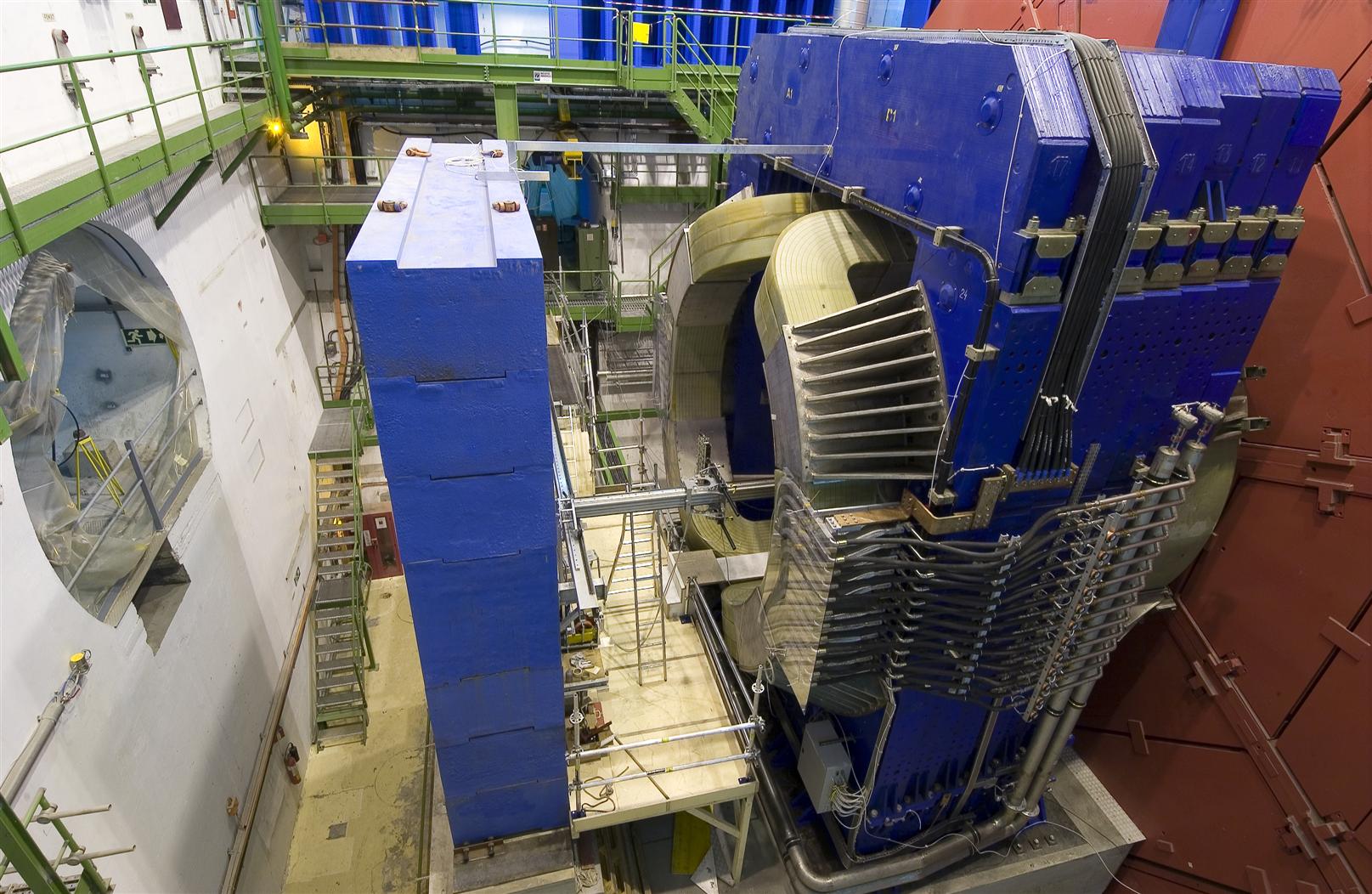 The dipole magnet is positioned at about 7 m from the interaction vertex and it is one of the biggest warm dipoles in the world (free gap between poles ≈ 3 m, height of the yoke ~ 9 m). The magnetic field (Bnom = 0.7 T, 3 Tm field integral) is defined by the requirements on the mass resolution.

Click here to read the TDR for the ALICE Muon Spectrometer and here for the addendum.

Furthermore, in the dimuon invariant mass spectrum, the quarkonia signals sit on top of a continuum that is mainly coming from open charm and bottom decay. This opens the possibility of studying the production of open charm and beauty in parallel with the one of heavy quarkonia. It is relevant because: Open charm and beauty represent the most natural normalization of the quarkonia signals while the measurement of open flavours cross-sections is expected to shed light on production mechanisms for heavy quarkonia other than direct hard-scattering.

The countries that have participated in the construction and/or in the maintenance and operation of the Muon Spectrometer are: Armenia, China, France, India, Italy, Russia, South Africa and South Korea.