First lead-ion collisions in the LHC at record energy 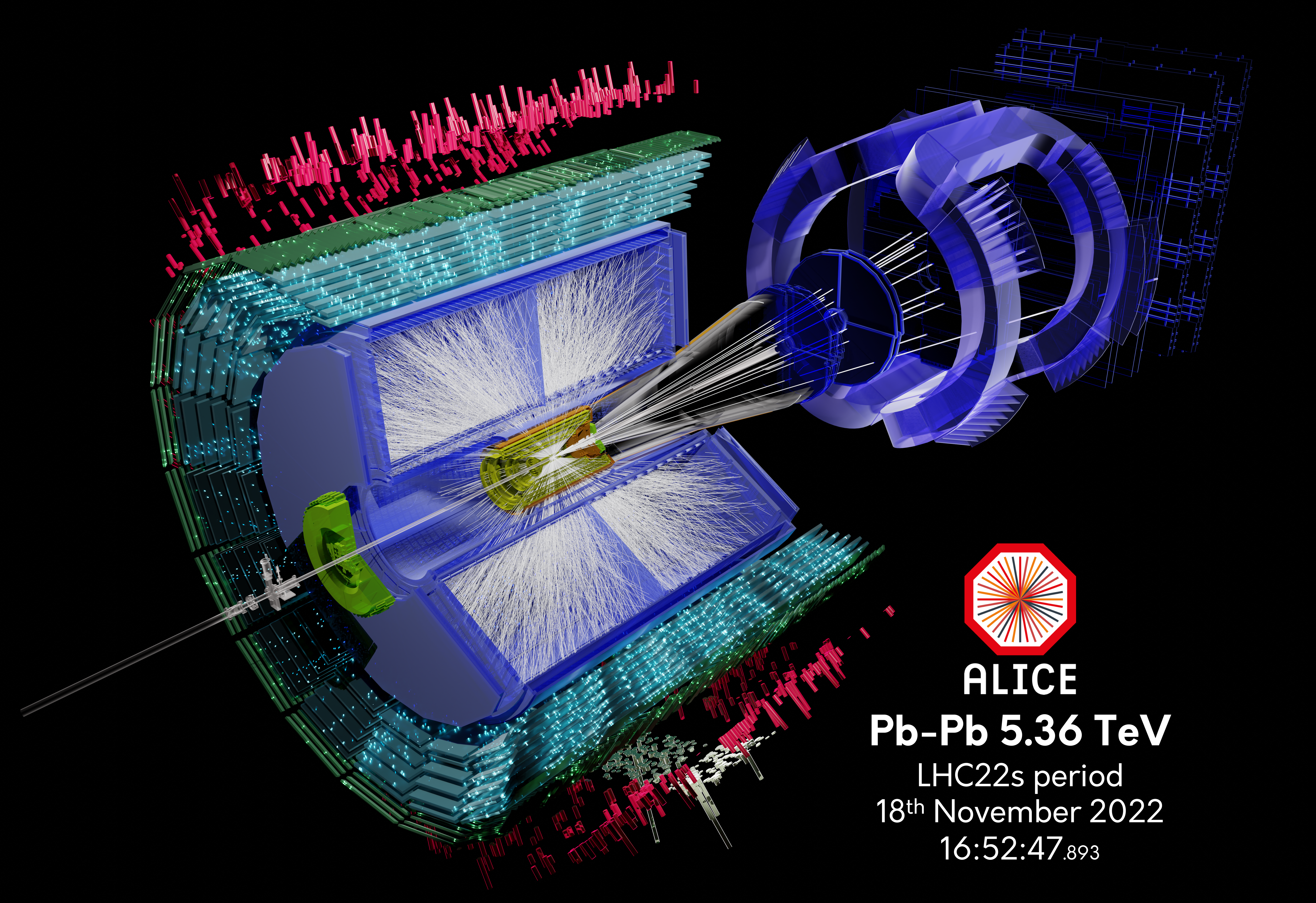 After the successful start of Run 3 in July this year with proton-proton collisions at the record energy of 13.6 TeV, last Friday lead nuclei circulated again in the Large Hadron Collider (LHC) for a short test run after a gap of four years. Lead nuclei comprise 208 nucleons (protons and neutrons) and are used at the LHC to study the quark-gluon plasma (QGP), a state of matter in which the elementary constituents, quarks and gluons, are not confined within nucleons but can move and interact over a much larger volume.

In the test carried out last Friday, lead nuclei were accelerated and collided at the record energy of 5.36 TeV per nucleon-nucleon collision. (note that in lead-lead collisions, each of the 208 nucleons of one of the lead nuclei can interact with one or several nucleons of the other lead nucleus). This is an important milestone in view of the physics runs with lead-lead collisions planned for 2023 and the following years of Run 3 and Run 4, when the LHC will provide a ten-fold larger number of these collisions with respect to the past Runs.

The test was also a crucial milestone for ALICE, the LHC experiment that specializes in the study of lead-ion collisions. The ALICE apparatus was indeed upgraded during the recent shutdown period of the LHC and it now features several completely new or largely-improved detectors, as well as a new hardware and software infrastructure for data processing. The new detectors provide a higher spatial resolution in the reconstruction of the trajectories and properties of the particles produced in the collisions. In addition, the upgraded apparatus and the processing chain can record the full collision information at an increased rate of two orders of magnitude larger. These two aspects are instrumental to enable studying the quark-gluon plasma with much higher precision and with new types of probes. Notable examples include using heavy quarks, called charm and beauty, that are detected from their decays to other particles occurring at sub-millimetre distances from the collision point, and photons radiated by the hot QGP, that are detected through the low-energy electron-positron pairs to which they convert.

Since the start of Run 3, proton-proton collisions were recorded and processed by ALICE for several months, but this test with lead beams is important to prepare and optimize the data processing and compression for collisions with thousands of particles simultaneously produced.

ALICE recorded the test lead-lead collisions with all of the fifteen detectors included in the data taking. Data of individual readout units were processed in real time by First Level Processors and then assembled for the full event reconstruction in the Event Processing Nodes (EPN). A few EPNs, each equipped with 8 Graphical Processing Units (GPUs), were sufficient for this test, while all of the available 250 nodes will be needed for the regular lead-lead physics runs. The reconstructed collisions were displayed in real time in the ALICE Run Control centre (see figure), along with several data properties that are used for Quality Control.

This lead-lead test was fully successful for the ALICE experiment. The collaboration now continues to record data for its proton-proton physics programme and looks forward to the beginning of the heavy-ion campaign next year.